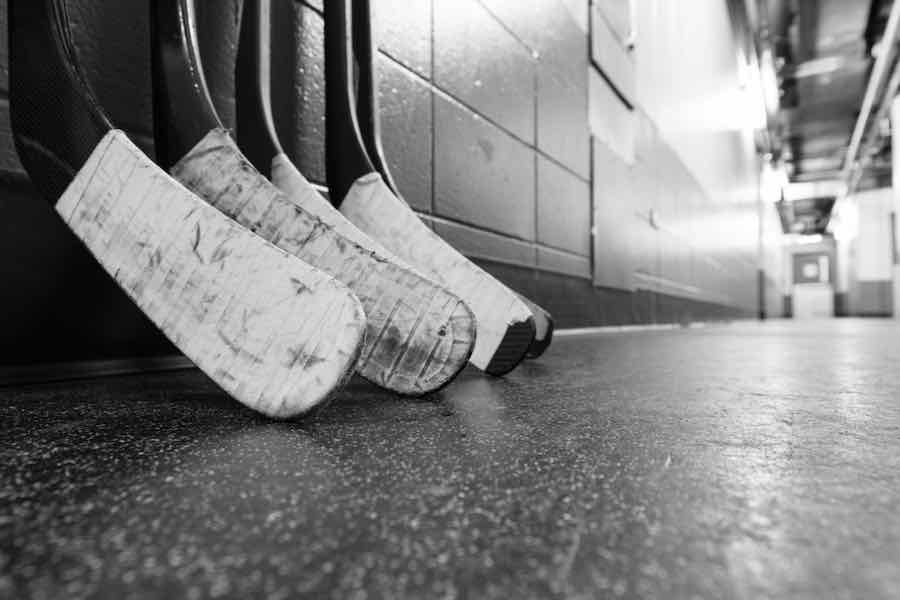 Hockey has always been a staple sport since its inception and continues to be extremely popular. The feeling of watching a hockey game, especially live, is so intense that I can only imagine what it feels like for the players who are actually in the game.Â

The adrenaline-filled arena packed to the brim with screaming fans, encouraging the players to get rough and tough with each other as they zip up and down the ice with a fast-paced intensity that has everyone on the edge of their seats.Â

But, as we are all in the stands fascinated by the sport, I wonder if people actually know how talented and focused you have to be to play hockey at that level. The self-discipline and effective communication skills and decision making in a matter of seconds.Â

I think itâ€™s important to get familiar with other parts of the sport aside from how it feels to be in the stand and watch a player get smashed against the glass or screaming our heads off as a fight breaks out on the ice.Â

When you go back to the basics and think about the sport and where it all came from, the answers are actually incredibly interesting.Â

Below are some basics you should know about the game, terminology that you should be familiar with, and a little bit of history of the modern day game of ice hockey that weâ€™ve all grown to know and love.

1. When does the hockey season start?

Hockey season starts right at the beginning of October and goes until April. The final game of the season is called the Stanley Cup playoffs.

2. How many periods are in a hockey game and how long does it take?

There are 3 total periods in each hockey game. and each one is 20 minutes long. That means there is a total of 60 minutes of active hockey, plus an additional 20-minute intermission.Â

Each period in a hockey game is 20 minutes long (remember, you just learned there are 3!). That means there is a total of 60 minutes of active hockey, plus an additional 20-minute intermission.Â

The total time of a hockey game differs; however, the technical timeframe is 80-minutes.

3. How many people are on the ice for each team during a hockey game?

Each team has six players on the ice: one goalie, two defensemen, one left wing, one right wing, and one center. Throughout the course of the game, players are changing all the time as they need to.Â

Typically, a team will play about 19 players total (four backup defensemen, three backup left wings, three backup right wings and three backup centers) throughout the course of the game, but only six at once are on the ice.

4. What is each position responsible for?

It depends on where you are playing. An official NHL (National Hockey League) rink is 85 feet wide and 200 feet long.Â

However, if you were playing hockey internationally the rink is generally the same, but a tiny bit wider, approximately 15 extra feet.

When you look at a hockey rink you will see there are goal lines at each end by where each team’s goalie is standing (heâ€™s the guy in front of the net!).Â

Then there are two face-off circles on either side of the goalie on both sides of the rink, followed by a blue line on each side and a red line directly in the middle.

7. When you want to pass the puck, how do you know where you should aim?

Generally, you want to lead the receiver with the puck, so the pass is smooth and going in a congruent motion with the rest of their body.Â

You are going to want to pass it a little bit ahead of them, so by the time the puck gets there, they are also getting there.Â

If you pass the puck directly where they are at the moment, they wonâ€™t be there anymore when the puck gets there. Try aiming the puck at the blade of your teammate’s stick.

8. Whatâ€™s the difference between a major penalty and a minor penalty?

Just like the words themselves, the meanings are the same as always. An offense that occurs that is a penalty, according to hockey rules, will either be called a major penalty or a minor penalty, depending on the severity of the offense. If it is a minor infraction, then it is a minor penalty and requires two minutes in the box.Â

In both instances, a power play takes place for the opposite team. That means they get to have 5 guys on the ice while the other team only has four because one of their guys is still off serving their penalty in the box.Â

Additionally, there is another form of penalty that is actually the most severe, it is called a player misconduct. This ups the penalty to 10 minutes in the box and oftentimes it is also combined with an additional two-minute minor penalty.Â

If there is a call for a game misconduct instead of a player misconduct, that means either a player or a coach needs to be ejected from the game for the remainder of the time.

10. Are there different divisions?

11. What Does It Mean To â€œCradle the Puck?

When the puck is coming at you, you are going to have to stop it. If you donâ€™t know how to do that, once the puck hits your hockey stick it would flip up or out and you will lose control of it.Â

In order to soften the momentum of the puck and prevent you from losing control, you should move your stick back and forth to protect the puck in a cradling motion. Once you do that, youâ€™ve successfully cradled the puck.

When someone passes the puck down the entire length of the ice and it passes the goal line of the opposing team, it is considered icing.Â

It also includes dumping or passing the puck as well, as long as itâ€™s the entire length of the ice and passes the opponents goal line.Â

In order for it to be considered icing, the puck has to remain untouched when passing the center red line and opposing team’s goal line.

Icing is not a penalty, but it does require game stoppage. The game immediately starts again with a face-off on the offending teamâ€™s side.

14. What does it mean to â€œcheck from behindâ€?

That is like blindsiding someone. If a player comes up behind an opponent and hits him or pushes him from behind, that is called checking from behind because the opponent didnâ€™t see the other player coming and couldnâ€™t defend himself.

When you take the blade of your stick and place it either on the opponentâ€™s body or on his stick to stop the forward progress they are making.Â

You do this by tugging either their hockey stick or their body after you have it hooked on your stick to hinder the opponentâ€™s momentum so he loses the puck. This is a penalty and is not allowed.

The History of the Sport

There are traces of a hockey like game being played throughout history at various points, which is most likely where present day hockey originated.Â

Between field hockey, lacrosse, the Irish game of hurling, and a hockey-like game played in Nova Scotia in the mid-1800s by the Miâ€™kmaq Indians, there were numerous games that probably had an influence on ice hockey.Â

When Scottish and Irish immigrants brought their game of hurling along with them when they migrated to Canada, they took on some of the rules of field hockey and adapted them to essentially combine both games together. Later, this became an ice game called shinny or shiny.Â

However, a man by the name of James Creighton actually developed what we know as the modern version of ice hockey when he moved from Nova Scotia to Montreal. He brought all his gear with him and the basic rules he had been playing with while in Nova Scotia, and essentially made it into present day ice hockey.

17. Where did hockey originate?

Weirdly enough, a form of hockey (much cruder form actually) can be traced all the way back to 4,000 years ago in Egypt.Â

18. Why did they choose the name â€œhockeyâ€ for the game?

It is associated with the French word for shepherdâ€™s stick, which is hoquet.

19. Was the first organized hockey game played in the US?

No, it actually was played at the Victoria Skating Rink in Montreal in 1875. The first organized hockey team was formed in 1877 at the McGill University Hockey Club.

20. When was the first US team formed?

In 1903, the first team to actually be acknowledged as ice hockey in the world, was formed in Michigan.Â

The team was called the Portage Lakes Hockey Club and most of the players were imported from Canada.Â

Canada didnâ€™t actually accept professional hockey as a sport until 1908. Prior to that, it was actually looked down upon for a man to be paid for playing sports.

Hockey Scene is a participant in the Amazon Services LLC Associates Program, an affiliate advertising program designed to provide a means for sites to earn advertising fees by advertising and linking to Amazon.com

Hockey Scene is a blog 100% dedicated to ice hockey. Our team reviews the best hockey equipment and gear. Besides that, we also write articles about everything related to hockey.